Wondrous and grand. Diverse, elusive and painfully throbbing. With unity and fellowship in it´s deeper flows. Some words for my experience of our world and those feelings followed me when I wrote the songs for this CD. I searched long to find  the musicians that would create the musical costume I was looking for: strong melodic- harmonic anchor with great genrefreedom. It´s an exciting adventure to put together a group of musicians! I´m very happy that these colourful musicians, all soundmasters on their instruments,  wanted to follow me on those “roads”: Torbjörn Ömalm-guitar, Lisa Grotherus- bassclarinet, Patric Thorman – electric bass, Per Tjernberg – percussion, Lorenzo Paesani and Lars Bröndum – live electronics.

Jazz, world, folk and avantgardism in a cool mix! 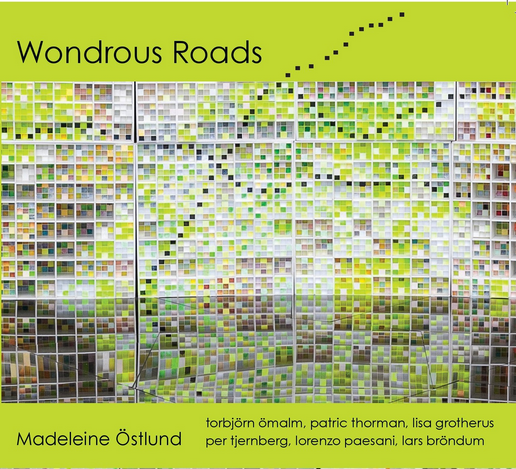 Listen to a few songs from the CD:

Innovative rhythms and sounds describe, with help of live electronics, bassclarinet, percussion and guitar, the wondrous world she is experiencing. Her work is very artistic and interesting.      M. Goto  Jazzlife Magazine aug-16

SHE MOVES IN A MUSICAL BORDERLAND  Jazz/Artmusic

Madeleine Östlund?..Now I know that she is a jazz artist. A very good one…..You see, inside the plastic was gold. The disc is called “Wondrous Roads”  and offers headstrong, creative imaginitive jazz compositions, pendulating from the frail close to the greater sounds.

She sings melodically but creates also some kind of performance with the words, sometimes to many rhythms and other times in chamber musical stillness.    Bengt Eriksson   Lira nr 1-16